With the birthday of the United States Military and Independence Day just passing; Custom Made Casino has made an effort to reach out to those who serve this nation with honor.Custom Made Casino offers a military discount and an economic alternative to Military Challenge Coins with our Military Challenge Tokens. Just as those in uniform say “Honor, Courage, Commitment” we are committed to our customers by offering only the finest quality products with the best service possible. 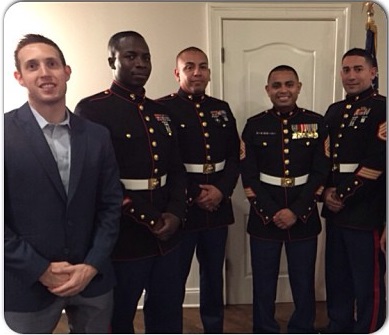 Challenge coins are a time honored tradition and evidence shows these coins dating back as far as the Roman Empire to recognize the achievements of soldiers at war. In United States history the military challenge coins originated during World War 1 when a wealthy Lieutenant had gold made into coins. He awarded them to his troops as a symbol of their bond to their unit. Later during the war the men became prisoners of war and were stripped of their identification. The challenge tokens were the only things that linked them to their units and in one instance saved the life of a young man. When word of the young man escaping execution became known the squadron awarded all of their troops with the coins to ensure their safety. During the war it became a tradition to challenge if a soldier had their coin on them at all times. When someone failed the challenge they had to purchase a drink for the member that challenged them. Now a century later Custom Made Casino is helping service members carry on this honored tradition with our affordable Military Challenge Tokens.

At Custom Made Casino we thank you for your hard work and dedication to your nation with our special discount. See our FULL COLLECTION HERE and use code "MILITARY" at checkout.  Represent your branch of service and command with our quality Military Challenge Tokens

Founder of Custom Made Casino

This was a very interesting read and pretty accurate. I also am in the business of creating fiesta medals, that too in bulk. If anyone is interested in buying visit the website for excellent fiesta medals in a budget